Can Mindfulness Lessen Unconscious Bias in the Workplace? 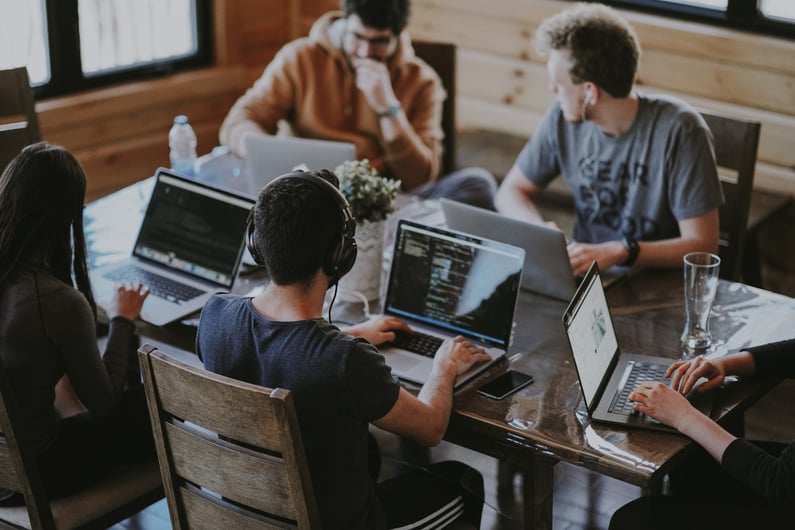 There's a lot of talk about the importance of diversity, inclusion, and belonging in the workplace—especially, as a business and moral imperative. To educate decision-makers and support more varied perspective and thinking in their organizations, many organizations look to Unconscious Bias Training to create change.

However, the value of these trainings is still under discussion. Based on what we know about brain networks and decision-making, we started to ask ourselves "What if these trainings were enriched with mindfulness practice?"

Even if we have close relationships with colleagues from different backgrounds and cultures—whether we’d like to believe it or not—unconscious biases are still running in our brains.

“Most people have them. Once we accepted that … it allows us to talk about these issues in a nonjudgmental way. What’s bad is not trying to understand what your unconscious biases are.”
-Zabeen Hirji, CHRO of the Toronto-based Royal Bank of Canada

Having these biases isn’t bad in itself—knowing you’re acting on them, and not doing anything to change one’s thinking or behavior, is the problem.

Hidden bias in the workplace unknowingly influences decisions such as: who is selected for an interview, who receives a promotion, and even who gets fired. Unconscious bias involves more than prejudices about race. It can involve just about anything, from gender to age, and include traits like height, weight, accents, medical conditions, pregnancy, marital status, and so much more.

We don’t want to be unfair or discriminatory at work—so why do we have these biases? And what can be done?

Why Do We Have Unconscious Biases?

Put simply, unconscious biases are a survival mechanism that helps our brains sift through large amounts of sensory information and influences our perceptions of people and situations, and how we behave in response.

Studies have found that biases often develop outside of our control. As we learn more about biases, psychologists have come to believe it’s a hard-wired aspect of our brain and behavior. Our ancient minds know that survival can be dependent on snap decisions, so biases support in making these decisions quickly—often without our knowing. We have so much information coming at us, it’s much easier for our minds to continue to follow what’s familiar, versus what is not.

Surprisingly, in a study conducted by MIT and the University of Chicago, researchers discovered that this even happens in companies attempting to incorporate diversity in hiring. One of the strategies making waves in the last few years is “blind hiring."

Companies are stripping the demographic information from resumes before hiring managers even see them. This technique helps hiring managers to judge applicants more objectively and reduces opportunities for bias to influence a hiring decision. But the issue is that unconscious biases extend well beyond hiring—affecting staff development, promotions, and retention. So how can we continue to remove bias in everything we do?

The practice of mindfulness creates more conscious, moment-to-moment awareness of ourselves and our environment. When we're mindful, we are “in the moment” and not thinking about the past or imagining what could happen in the future.

Let’s look at a few types of unconscious bias:

Correspondence Bias is when you see others’ actions as a character trait rather than a result of external influences. For example, we might judge a coworker’s failure to perform well while giving a presentation as their inability to speak well in public. In reality, it turns out they didn't get a good night’s sleep or have a serious personal issue impacting them. If you’re able to take a moment to remind yourself about this, you may open up a feedback session differently—allowing for a better conversation and relationship with your colleague. One study showed that participants who practiced a mindfulness exercise were less likely to suffer from correspondence bias.

Negativity Bias contributes to stress felt during interactions with those of another social group. We tend to be more attentive of this bias and react stronger to negative events than positive events in our lives. For example, research published in the Journal of Personality and Social Psychology shows that interacting with people from different social groups stresses us out, partly due to our fear of rejection. Studies have shown that mindful subjects actually feared rejection less,

Self-Positivity Bias is putting others down to make ourselves feel better. For example, we tend to believe if our boss is critical of a group project's results that their criticism is directed at other members of the group more so than at ourselves. If during a mindful moment you remember this, it may help you approach the team more positively, or take more ownership of the project's unresolved issues. Research has asserted that mindfulness helps to foster a strong sense of self while simultaneously increasing empathy


even in a subject group with low self-esteem. Still, other  and caring for those in different social situations.

Mindfulness can help you with awareness of the biases—but you ultimately choose what to do that understanding.

Understanding what’s going on underneath the surface, for ourselves and others, is the first step in overcoming bias. It's also a fundamentally mindful practice.

Before reacting to a situation, we can ask ourselves if we are relying on any preconceived notions. Building our self-awareness and making an effort to be on the lookout for biases will make us less likely to react from a place of instinct and stress. Perhaps this is why it is no surprise that people who practice mindfulness “activate” their associations less often than those who do not.

If you're a business leader looking to build a mindfulness practice into your workplace's culture or team, be sure to check out Wise@Work Communities, a turnkey mindfulness program designed for the workplace that creates sustainable behavior change by encouraging the practice of mindfulness in weekly, 30-minute trainings.

Meghna is an experienced marketing and business development leader and executive coach. She is committed to working with organizations and leaders that are improving themselves and the world. You can connect with her on Twitter @meghnaspeaks or on Linkedin.